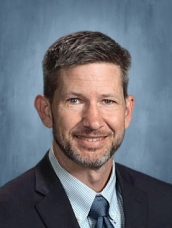 Mr. Stephen Sprague served 20 years as a Naval officer before transitioning to a second career in classical Christian education. Since then, he has been the Head of School for two previous classical Christian schools. He holds a Master of Science in Electrical Engineering, a Master of Art in Military Art and Science, and is working on a Master of Divinity from the Reformed Theological Seminary. Stephen is a member of Forestgate Presbyterian Church. He and his wife, Andrea, have two children in the school: Lydia (14) and LeighAnna (17). Stephen grew up in a family of educators, and he has long sought to work in education, but the specific application of classical Christian education both inspires him and touches his heart. He loves to work with students, families, teachers, and administrators to advance the God-glorifying mission of the school. 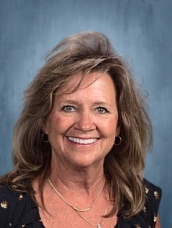 Mrs. Blue has been a part of ECA since 1988. Both of her daughters attended the elementary and secondary schools, and Mrs. Blue was our 3rd grade teacher until 2016 when she took on the role of Elementary Principal. While she enjoyed teaching, she utilizes her prior classroom experience working with students and parents to strongly impact her leadership of the elementary staff, parents and students in the role of principal.

Over the years Mrs. Blue has embraced the classical model of education. She believes parents have the key and primary responsibility to train and teach their children about Christ and His role in their lives; teachers and staff come alongside parents and their church to integrate Christ as the foundation of everything done in and out of the classroom.  Thus, every parent partnership starts with trust, builds on collaboration, and culminates with accountability.

Mrs. Blue ensures time is invested to help students achieve high academic achievement, incorporating rigor, relevance, truth, and beauty into the established curriculum, acknowledging that all students learn and progress differently. Mrs. Blue encourages her teachers and staff to emphasize and acknowledge the importance of character development based solely on the Word of God.  It is a privilege for her to work with children, helping them develop as a whole person in order to reach their fullest potential and be an integral part of His kingdom. 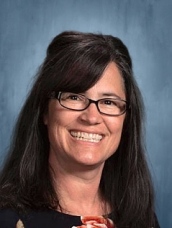 Mrs. Singleton has been teaching at ECA for 10 years, and was the Junior High Principal for 5 years before becoming the Secondary School Principal. She has taught Algebra 1, Medieval History, Lit, and Bible, Logic, and a number of other classes for the past 10 years at ECA and now teaches Geometry.

Prior to ECA, Mrs. Singleton taught at a Christian school in Atlanta, tutored math and SAT preparation for 15 years, and taught math at a homeschool co-op. She and her husband, Kirk, have been married for 28 years and have 4 children: Rachel (25 and a 2014 graduate of ECA), Kendra (23, attended ECA until 2014), James (19
and a 2020 graduate of ECA), and Kenny (18, attended ECA until 2018). Mrs. Singleton is a member of Village Seven Presbyterian Church.

Mrs. Singleton comes from a long line of teachers and loves combining her passion
for teaching with the opportunity to mentor teachers, disciple students, and connect
with families to advance the gospel and help everyone “reach unity in the faith and in the knowledge of the Son of God and become mature, attaining to the whole measure of the fullness of Christ.” (Ephesians 4:13)

“I love sharing my passion for God with my students, staff, and families, and it is a joy to point them to their true identity in Christ and to the one, true God, the source of all truth.  I start my students off with memorizing Colossians 1:15-17, because it points directly to the fact that all things have been created by God and
for His glory, and that He is the beginning, middle, and end for all subjects.” 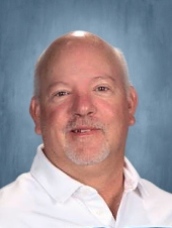 Before joining ECA in 2004, Mr. Steiner worked at Lockheed Martin in the Learning & Development Department and coached football at CSCS.  Mr. Steiner currently serves as ECA Vice Principal, Athletic Director, and Physical Education Instructor. He has been the Black Forest League President and a member of the Colorado High School Activities Association (CHSAA) since 2009, served on numerous committees, and has recently been nominated for the CHSAA Board of Directors.  “I desire that our students see the big picture and understand that their actions have consequences, both good and bad; and that if they choose to be godly in those actions, then those consequences will be blessed in our current life as well as our life to come.”

ECA Board of Directors

DJ DeJONG – President
DJ and his wife, Diane, are parents of three children who are students at ECA. They are grateful for their growth through the nurturing of the ECA teachers, staff, administration, and community. The DeJongs are members of Village Seven Presbyterian Church, where DJ serves as a ruling elder. Vocationally, DJ is an airline pilot and has served in the roles of first officer, captain, and instructor. Dordt University is DJ’s beloved alma mater, where he graduated with a degree in education. Go Defenders! The Lord has worked through Christian education in DJ’s life, and it is his prayer that the Lord will continue to grow and utilize the Christian and classical education of ECA and Collegium.

RANDY THOMPSON – Vice President
Randy and his wife, Lanie, have lived in Colorado Springs since 1999 when the Air Force brought them here. Randy retired from the Air Force in 2006 and he now works as a defense contractor. Randy and Lanie have eight children, four biological and four adopted. Their youngest currently attends ECA. Randy is a member of Village Seven Presbyterian Church and is a ruling elder.

SANDI GEVING – Treasurer
Sandi Geving’s journey with ECA began in 1999 when she enrolled her daughter, Lindsay, in kindergarten. Her son, Carson, entered pre-K two years later and both attended through graduation. The connection continues as Lindsay is now a third grade teacher at ECA. While many things have changed over the years, Sandi’s commitment to and appreciation for the school and its mission have remained constant. She has a background in both education and business, having been a public school band director followed by work experience in administrative, customer service, and management roles in several industries. Her husband, Randy, and she are both originally from Minnesota, have lived in Colorado Springs since 1983, and are members of Village Seven Presbyterian Church.

HEATHER MORGAN – Secretary
The Morgan family has been connected to ECA since Don, Heather’s husband, became a student here in the 1970s. Don and Heather have two children currently attending ECA, and they are members of Village Seven Presbyterian Church. Heather’s education and experience in English and writing have opened doors for her to work for a non-profit organization, to teach English as a Second Language, and to volunteer in a variety of areas at ECA and V7PC.

JOSEPH FRIEDLY
Joseph serves as the pastor of Tri-Lakes Reformed Church (RPCNA) in Monument, Colorado. Previously, Joseph served the ECA community as headmaster of Collegium Study Center, elementary principal, and Classical Education Integration Specialist, as well as teaching a number of courses for the high school, junior high, and elementary. Joseph is married and God has blessed the Friedlys with six children.

DAVID KHALIQI
David is a career-long educator, receiving his doctorate in educational research in 2014. In his early years, David taught science and math at Carachipampa Christian School in Cochabamba, Bolivia, with SIM. His teaching experience ranges from conducting engineering camps for elementary students to graduate-level research methods courses. His dissertation research explored the relationship between hands-on science teaching and math learning. David’s love for classical learning began in 1999 when he helped design the science curriculum for the burgeoning charter school The Classical Academy in Colorado Springs where he taught science and math until 2007. There, he came to understand the Trivium and its alignment with the natural cognitive development of students from kindergarten to graduate school. David is excited to use these diverse experiences to inform his work on the board in support of ECA’s mission and vision.

WILL KIM
Will Kim grew up in the Korean American Presbyterian Church (KAPC) in Southern California and has been attending United Reformed Church of North America (URCNA) churches since 2003. After moving to Colorado Springs in 2006, the Kims commuted with others to Coram Deo Reformation Church in Denver until Covenant United Reformed Church (Colorado Springs) began in 2011. Will currently serves as a Sunday school teacher at Covenant URC and has previously served as an elder. Will and his wife, Olga, have three children. Two have graduated from ECA and their youngest is currently in high school at ECA. Will has also had the pleasure of coaching junior high and elementary basketball at ECA. Will enjoys spending time with his family, hiking, tennis, basketball, and rock climbing.

GREG MANN
Greg Mann is a native of Colorado Springs. He and his wife, Catherine, have five children — two ECA graduates and three currently attending high school at ECA. They spent a number of years as students with Collegium Study Center before enrolling full time at ECA. Greg is a charter member of Springs Reformed Church (RPCNA) and currently serves as an elder there. Greg works as an Integrated Circuit Design Engineer (electronics) at Broadcom.

MARK MORLEY
With a background primarily in human resources, Mark was introduced to classical education over 20 years ago. From 2006-2010, he served as elementary principal and secondary teacher at a classical Christian school in Kansas City. In 2010, his family moved to Colorado Springs where he assumed the role of Human Resources Director for the Association of Christian Schools International (ACSI). Currently, Mark is Human Resources Director for Dr. James Dobson Family Institute and serves as an adjunct instructor at Colorado Christian University. He has a Master of Arts in Human Resources Development and a Bachelor of Arts in Speech Communications. Mark and his wife, Pam, and youngest daughter, Molly, attend Village Seven Presbyterian Church where he is a ruling elder.